The Fibonacci system requires the utilisation of mathematics, so if this is something that doesn’t bother you so much, the Fibonacci sequence may be of interest. It basically works as a negative progression betting system, and like the Martingale System, it requires you to up your wager after a losing bet. The theory behind doing this is that it will help you to win money, as you’re much more likely to have higher stakes on the winning bets than the losing ones.

This particular sequence was first introduced to Indian mathematics, but gained wider exposure when it appeared in a book. This was known as Liber Abaci, published in the 13th century by Italian author Leonardo Pisano. The Fibonacci sequence itself is actually quite simple to understand. It starts off with a zero and then moves on to a one. Following on from this, each subsequent number in the sequence is the sum of the previous two. This is why it has an infinite span, because you can always add up the previous two numbers. Therefore, the first section of it looks something like this:

While the Fibonacci sequence is mainly utilised by roulette players, it can still be put to use in sports betting strategies as well.

If you do choose to make use of this method in your sports betting system, then there are three basic rules to apply to such. First of all, you need to start with one betting unit. Ignore the zero, as this is not of use, and go right on to the one. This is the first number in the sequence and is the first unit. So, let’s say that you choose to bet £3 per unit, then your first wager should be a bet of £3. For example, how about saying that you place a £3 wager on Andy Murray winning Rafael Nadal in a tennis match.

Let’s say that on the £9 wager, you win. A wager on Roger Federer defeating Rafael Nadal provides a victory for you. You should then move down in the sequence by two numbers. So, in this instance, it was a win following a £9 bet, which was three units. You would then move on to a bet of one unit, so again £3. Should you end up in profit for a cycle, then you start at the beginning of the sequence. Because of this, you need to keep a track of how much you’re winning or losing during every cycle of the system. Then, you’ll know when to finish and go back to the start. 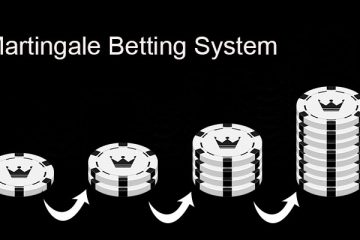 There are some online sportsbook betting systems that are more well-known than others, and this is one of them. Martingale betting method can work quite nicely if the saying, “fortune favours the brave”, is to Read more…